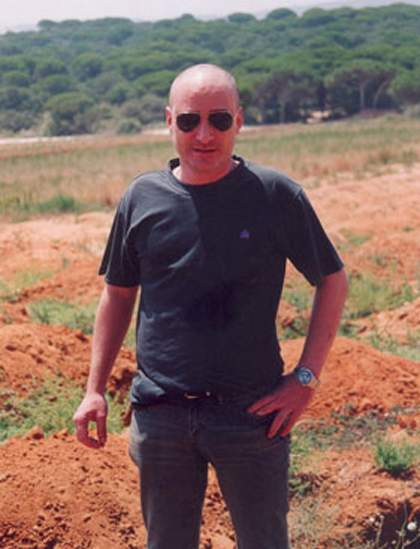 Santiago Sierra's creations are represented mainly in the form of performance, installations, photography and video. His works of art reflect his disagreement with the social system we live in by exposing social and racial differences.

Central to his artistic career is the concept of labour, especially that of immigrants and socially excluded groups, lack of opportunities, and submissiveness to work to attain a salary, thus contributing to the functioning of the capitalist system. In this sense, the artist has, in some of his works, employed people to carry out useless activities during a typical working day.

His projects behave more like activities than products. The represent an active working space where the process of earning money and making a salary has effect.

Santiago Sierra's intention is to sensitise and bring to light social injustices that occur on a daily basis.

Since his participation in the Biennal of Venice, representing Spain, in 2003, his name is well-known in the international artistic scene. His work has been selected in the Museo Rufino Tamayo; P. S. 1 MOMA  (New York); Kunsthalle (Vienna);  Lisson Gallery in London; Galleria Civica di Arte Contemporanea (Trento), or the National Museum of Contemporary Art from Bucharest.

In 2009, he presented in Berlin the project "NO, Global Tour": a monumental "NO" transported by a truck through America, Europe and Asia...stopping to express the disagreement in different places like finantial and industrial areas, public buildings, squares, etc.

In 2010, Sierra rejected the National Prize of Fine Arts, from the Government in Spain.