Currently the foundation’s exhibition areas are comprised of 11 old barracks, which form part of a military complex abandoned since the 70s. In 2000 three of these were renovated to house the office and two video rooms.   In 2002 another three barracks were restored, currently accommodating the lecture hall, the works of Pilar Albarracín, Marina Abramovic´, Santiago Sierra, Michael Lin’s drawings and Olafur Eliasson’s dodecahedral bricks.  In 2003, another two were added and were chosen by the Chinese artist Huang Yong Ping as the setting for his project “Hamman”. In addition, Michael Lin modified the office introducing four walls with cylindrical doors, which divide the interior space and a large glass structure in place of the back wall. In 2005 three further barracks were restored for different purposes, namely: an area developed for artists during their stay at the foundation, a didactic workshop for school visits.

The peculiar semi-cylindrical shape of the green barracks, so far removed from the ordered image of the “White Cube” has become one of the foundation’s characteristic images. Since the 70s the artistic community has showed a dedication to the reutilisation of disused facilities, originally developed for other, primarily industrial functions. The P.S. 1 Contemporary Art Center in Queens (New York) was a pioneer of its time in this regard, taking up residence in an old secondary school building. In Spain some of them most famous reused facilities are the “Museo Reina Sofía” (Reina Sofía Museum), in a old Madrid hospital, the “Centro Cultural Tecla Sala” (Tecla Sala Cultural Centre) in a 19th Century textile factory or the Antoni Tàpies Foundation, in a modernist printing works in the centre of Barcelona. Closer to the Montenmedio Contemporary Foundation, the “Centro Andaluz de Arte Contemporáneo” (Andalusian Centre of Contemporary Art) is housed in the old monastery in Cartuja in Seville, while in Malaga a Contemporary Art Centre was opened in an old wholesaler market along the river. 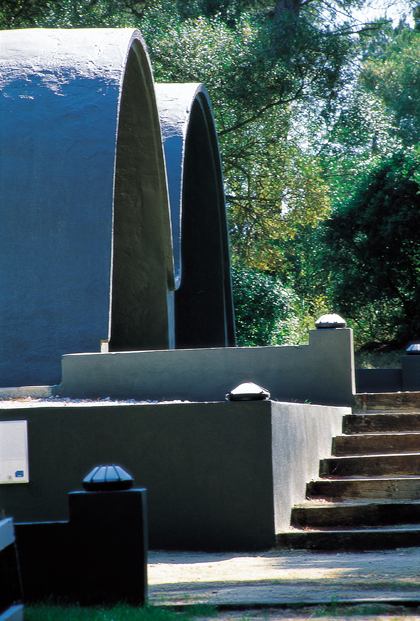