The relationship between art and nature has affected artistic practices and theories of art throughout time. This binomial, art-nature, has varied substantially throughout history, and has signified something different in each era: in ancient Greece art was an imitation of nature, throughout the Romantic era art was a praise of nature through its sublime character, whilst in the Impressionist era, emphasis was placed on light and the transience of nature. In the 1970’s, nature was no longer a mere part of a painting or photograph, but instead became a complete field of work. Proof of this can be seen in the interventions in Land art, in Earthworks and in site-specific works. Since then, this area has been converted into one of growing investigation, as much in theory as in practice, which allows us to find in contemporary art a wide variety of works that dialogue with nature, whether it be in a deep and intimate form, or through ephemeral intervention, through the restructuring of space, or by displaying a new link between the virtual and the natural. All these practices bring us a multiple and indeed fractured vision of nature throughout our time.

It is well known that nature has been abused in this present century, its resources being exploited for individual enrichment purposes, which has distanced us from nature and caused a loss of respect for it, devastating it and subjecting it to the demands of a new way of life.

Awareness of the damage done has resulted in the appearance of a collective consciousness that tries to strike up a much more cordial dialogue and respectful approach towards the natural environment. Thus, a channel of understanding has been created in the heart of artistic expression, through which it is hoped an improvement in our relationship with the natural environment will develop, guiding the promotion of familiarisation and interaction directly with nature.

In accordance with this, the NMAC Foundation, situated in the Montenmedio farmlands, which contain a Mediterranean pine forest, invites the visitor to experiment multiple and perhaps new relationships with nature through the site specific works created by artists there. 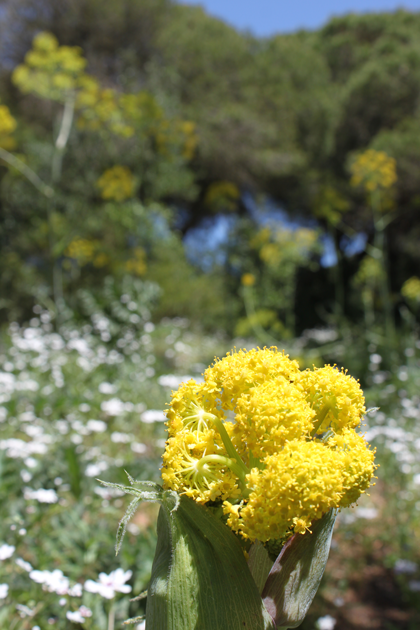