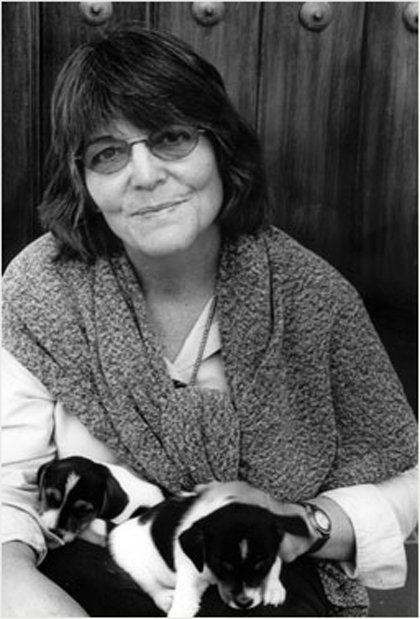 Barcelona, 1946. Lives and works in Barcelona.

From her first works at the beginning of the 80s which revealed the clear influence of Brancusi, towards the middle of the 90s she moved to using materials such as iron and lead developed using an artistic approach, giving an even greater volume and monumentality to these closed, solid sculptures, in the form of large architectural sites often near minimalist settlements.  She studied at the Faculty of Fine Arts in her native country, where she began her artistic career in the field of painting from where she later moved into sculpture.

The interest in other cultures and human behaviour in one's natural environment have brought the artist to investigate other media such as photography and drawing.  Over the last number of years, with the use of metallic mesh, her works have acquired a poetic character in which the shapes, volumes and space make reference to natural elements such as water, light and earth.

Considered as one of the most renowned Spanish artist outside our country, Susana Solano has exhibited at numerous international individual and collective exhibitions.  With individual exhibitions in Madrid and Barcelona she established her name little by little until achieving international recognition participating in the VIII and IX “Documenta” in Kassel (1987 and 1992), in the Sao Paolo Biennial (1987) and the Venice Biennial (1988 and 1993). In the 1988 she was awarded the “Premio Nacional de Artes Plásticas” for the “strength and quality of her work” and for a “very personal approach applied to the most innovative works of modern sculpture”.