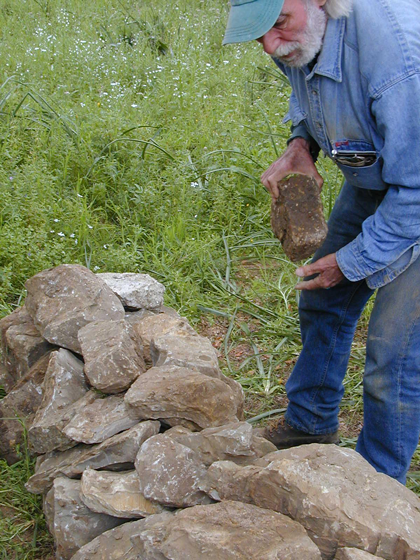 Richard Nonas was educated first in Literature and Social Anthropology. He worked as an anthropologist for 10 years, teaching and doing field research with American Indians in Northern Canada's Hudson Bay and the Yukon territory, and then for 2 years, in the desert of Northern Mexico and Southern Arizona.

About 20 years ago, he stopped doing Anthropology and began to make sculptures. He has, since then, exhibited small and very large works, indoors and outdoors, all over the world.

Considered a Minimalist in form and content, the materials he works with are stone, wood and iron and most of his projects are very much related to the natural world and the anthropological study of our society. He has also written extensively about the intellectual and emotional implications of our connections to nature, art, space and place.