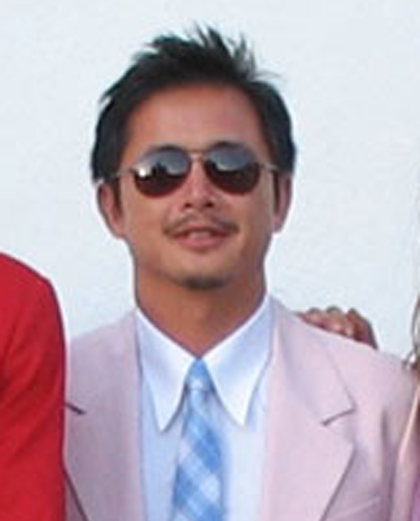 Through his painting and new supports he invites us to question the exhibition space, the borders of public and private, and the relation between "fine" and decorative arts. Lin uses the exhibition spaces as a medium and support for his art. In most of the cases, Michael Lin's projects are large in scale, occupying huge surfaces (panels, floors, walls, ceilings...), as his project in the Palais of Tokio in 2002, where the artist performed the bar's floor. As well, in the proyect "House" (1998), Lin painted a wall (900 x 500 mts) with a traditional taiwanese pattern; or one of his latter works, at Nogueras Blanchard Gallery in Barcelona, where he painted several tables to be used during a dinner. This works were conceived to be used in a collective space, and the artist's proposal is a new experience of the space through the painting, as well to see the art as a social event.