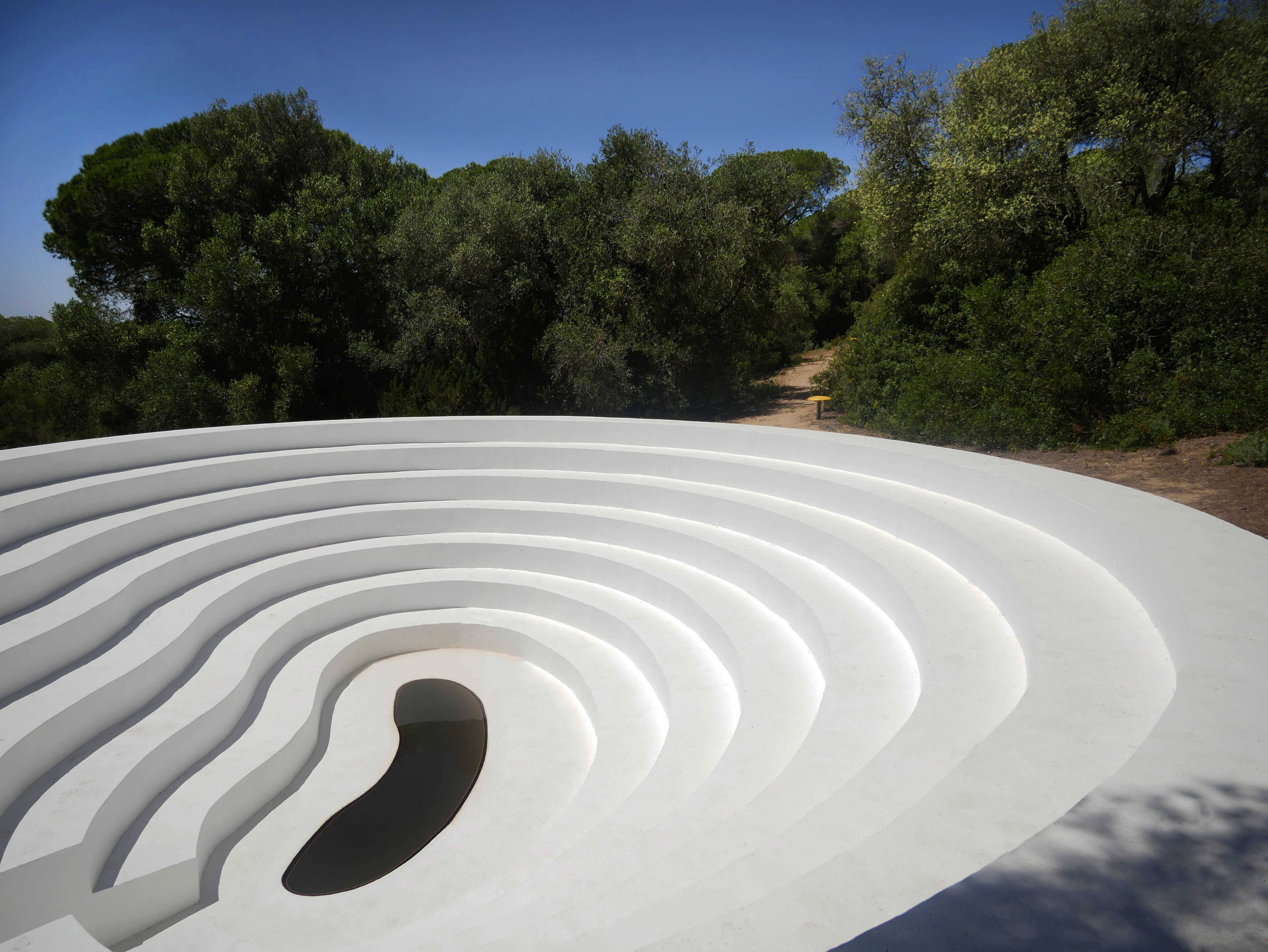 ‘Sky’s impression’ emerges from the comparison of the fertile rainy months and the parched dry months. The presence of the water tanks, being the only architectural construction previously existing in Montenmedio, from which different andalusian white villages and the foothills of the province cn be seen, acted as an inspirational element in Gunilla’s project.

After long walks in the forest during her first visit, the elements and coordinates of the surroundings were clear. At first the dimensions of her projects corresponded to a structure of some 400m2. The magnitude of the diameter of the circumference was similar to that of the water tanks, which store 1,750,000 litres each year.

The work schedule was adapted to the contours of the land. The result is a work of art that lends itself to meditation and silence. To be aware of the different noises of the surroundings, to contemplate the changes of light with background of ceaselessly flowing water in the centre of this artistic creation.