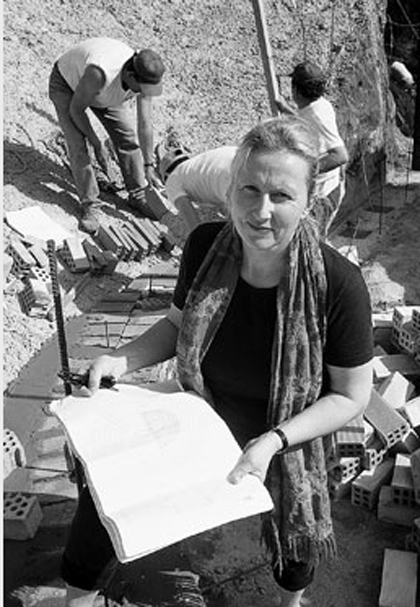 Gunilla Bandolin began her formal training using traditional methods and materials. Her works from this first period were produced at the foundry where she cast bronze or cut granite and the majority of these pieces were made for interior spaces. Later on, Gunilla began experimenting with new synthetic materials such as fabric or polyester and started to gain an interest for working outdoors.

From the onwards, she starts to work with engineers, architects and construction workers for the production of outdoor pieces in natural and public spaces. Her shapes are mainly minimalist: circles and ovals which adapt to the surroundings, using stones, water, earth and grass as the main materials.

The dimensions of her works usually reveal the influence of the Land Art artists of the 60s-70s. Most of her works are located in the North of Europe although she has also worked in the USA, in the Socrates Sculptures Park in Brooklyn, New York.

Gunilla Bandolin lives in Stockholm where she is undergoing various public projects and teaching at the universities of Lund and MalmÖ.