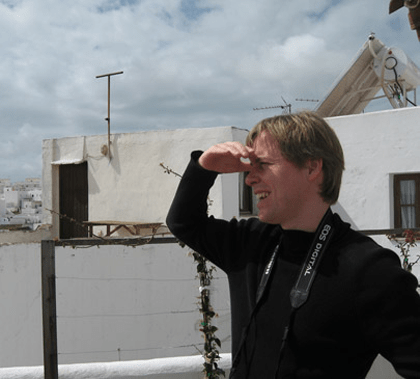 Gregor Schneider’s work is based on the manipulation of architectural space. By using installations and sculptures, the artist bases his artistic creation on the conception of a precise place, which exceeds the visible and invisible, where perception and duplication of space confronts the passing of time and the disappearance of the environment. Transforming houses, rooms and buildings from one place to another, Schneider re-makes domestic interiors creating disastrous replicas up to the very last detail, converting daily experiences into horror. Like in Totes Haus U R. a project with which he won the Golden Lion at the Venice Biennial 2001 for presenting the exact replica of his house in the German pavilion, developing the idea of passing time, and the disappearance of space and life.

In 2005 he created a project called The Cube for the Venice Biennial, a black cube which is a replica of the Kaba in Mecca that was going to be placed in San Marco square, but was rejected for political reasons.