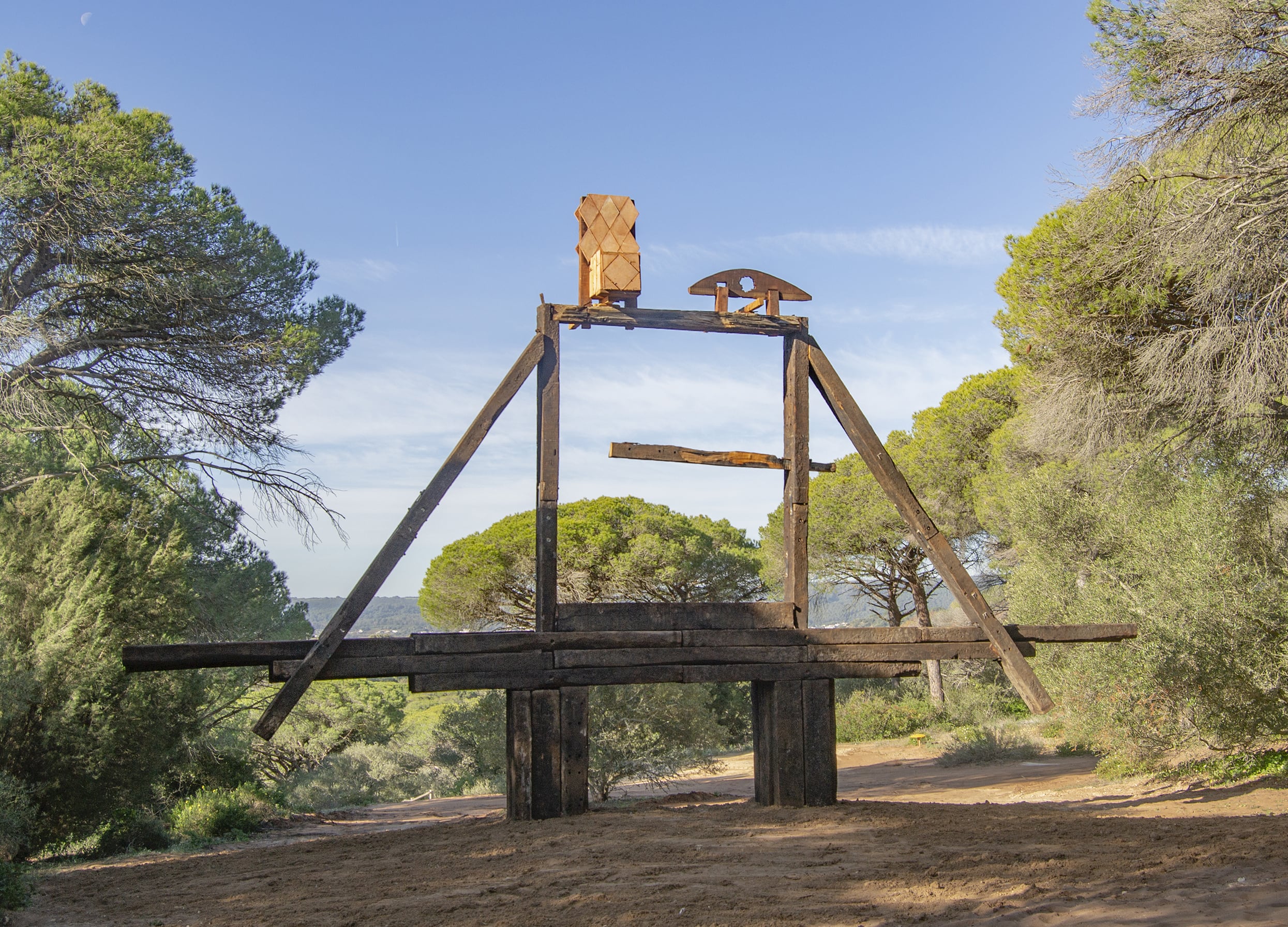 “At the NMAC Foundation, my work is between the political concept reflected in Adel Abdessemed’s work, and the idea of protection reflected in Abramovic’s work “Human Nests”. Even though my work is more related to the memory, both individual and collective, it is impossible for me to be in these surroundings and forget about the conflict in the Strait of Gibraltar. Without being political, I chose the topic of the transit, coming and going, Africa to Europe…And I thoughtabout the migratory birds that travel from one to another continent without a passport.”

Memories, images and objects from his childhood and goods that remain with people all their lives are the basis of a large part of Jacobo Castellano’s work. His work has evolved from the initial processes of recovery and assembly of remains and waste material to the redesign of these objects, giving them their own history.

Following this concept, the site-specific project created for NMAC Foundation is about the idea of transit. According to the artist, “Viga Madre” is a tribute to the thousands of birds that travel every season from the North of Europe to Africa. By combining the political and poetic process of these animals going from one continent to another without a passport, Castellano builds a “house for the birds”, a bird house created with old railway sleepers, as a tribute to the bird loft in the Breña, Barbate, the biggest bird loft in the world. . One of these “houses for the birds” has been built with tiles made in the most antique factory from Granada Fajalauza, founded in 1517, which today provides tiles for the restoration of the Alhambra.

With this sculpture, Castellano returns to the idea of “homecoming”, so meaningful to him since his early works. In this particular context where the NMAC Foundation is located, a little geographical point between the European and African continents, his work makes sense, connecting the transit and the memory of both birds and human beings.