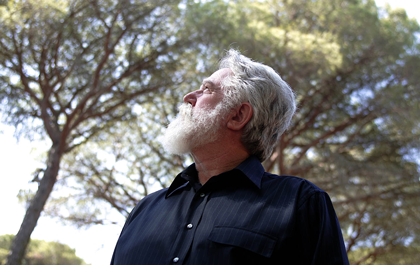 From 1961 to 1965, Turrell studied psychology, mathematics, art history and other subjects, including geology and astronomy, at Pomona College in Claremont, California. He later took part in an experimental programme at the University of California, where his research focused on art and technology.

James Turrell has been a keen student of the way human beings perceive light and, as a result, our concept of space. Throughout his long career, Turrell has transformed light into an object that can be used to extract and implement the sensual aspects of our sensations and, by extension, the pleasurable experiences and thoughts to which this leads.

He has worked for thirty years on his masterpiece, Roden Crater, an extinct volcano in Arizona, a fabulous project which is expected to be completed in 2012.

His latest works examine the removal of barriers in existing architecture with the use of lighting.

His skyspaces are all around the world. His work has been exhibited in the main international gallery and museum.