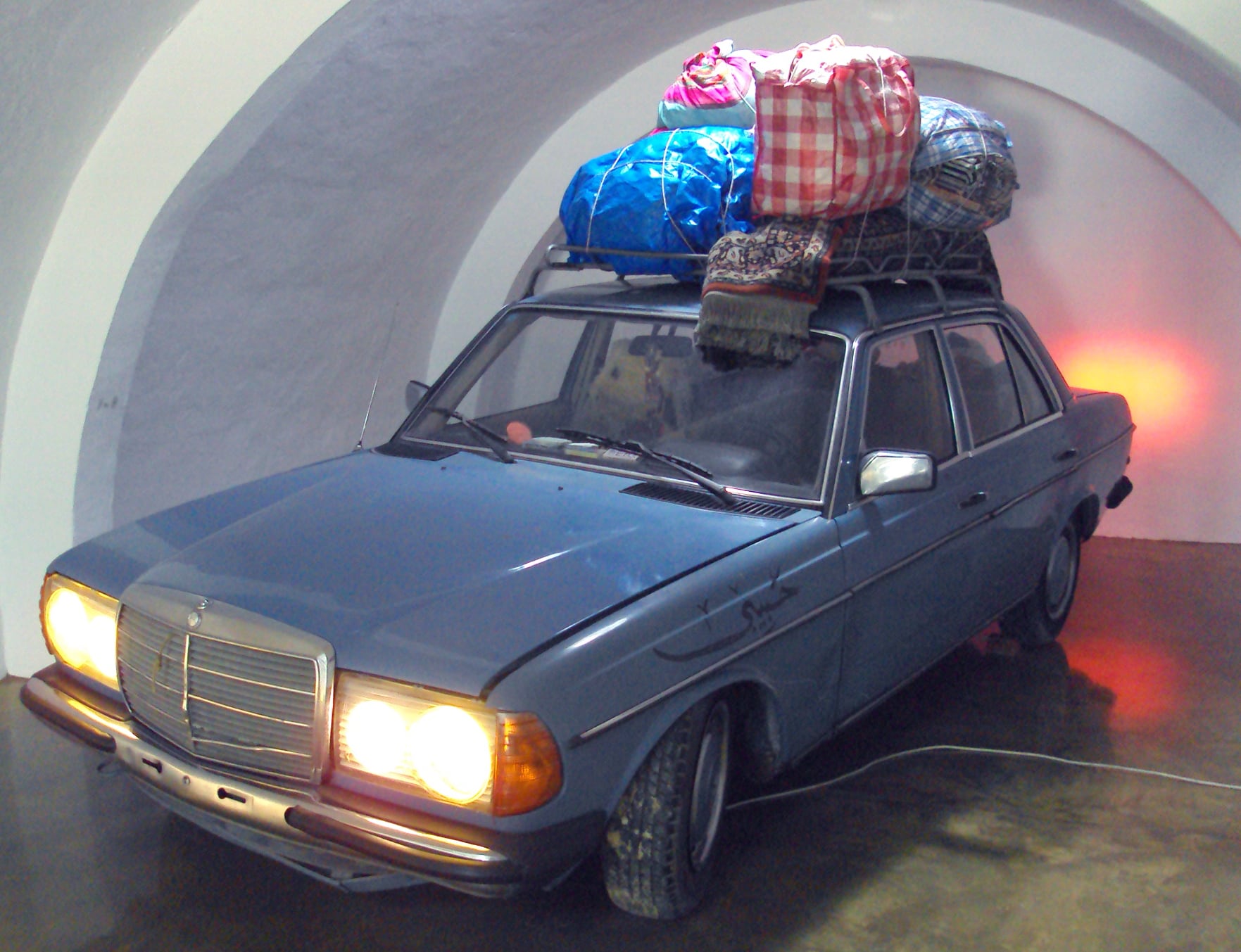 “The trip. Habibi” is one of the artist’s most relevant works. It invites spectators to immerse themselves, in almost funfair fashion, in a hypothetical voyage of North African immigrants over European motorways. A beaten-up Mercedes, laden with packages and crammed with objects, reproduces the bumps in the road and the atmosphere of smells and sound inside.

Habibi, which means “my dear one”, comes back, as a loan from the artists to its origins. It was on the context of NMAC Foundation that Albarracín first thought about the conception of this project. The first outcome was a series of photographs produced in 2001 exposed today in on of the barracks at NMAC under the title of “The night 1002”

In the province of Cadix, near the Strait of Gibraltar, one usually finds this type of cars, filled with luggage and objects that cross the territory from north to south on their way to the Africa during the holiday seasons. The car becomes a symbol of recognition and social position, a mark of success coming from Europe.

Immigrations, the ideas of the trip, cultural differences between two continents are some of the themes that come to mind with this project. “The trip. Habibi could not find a better to place to be exposed that at NMAC.

This work has been presented in numerous international exhibitions including the show at MOMA /PS1 curated by Harald Szemann “The Real royal trip” in 2003 where NMAC’s director was part of the curatorial team from PS1.